Los Angeles, California’s Getty Center, is home to the Getty Museum and other initiatives of the Getty Trust and a site for the Getty Institute. The Center, which cost $1.3 billion to build and opened to the public on December 16, 1997, is well-known for its architecture, gardens, and panoramic views over Los Angeles. Located at the top of a hill and connected to a visitors’ parking garage located at the bottom of the hill by a three-car, cable-pulled hovertrain people mover, the Center is a destination in itself. 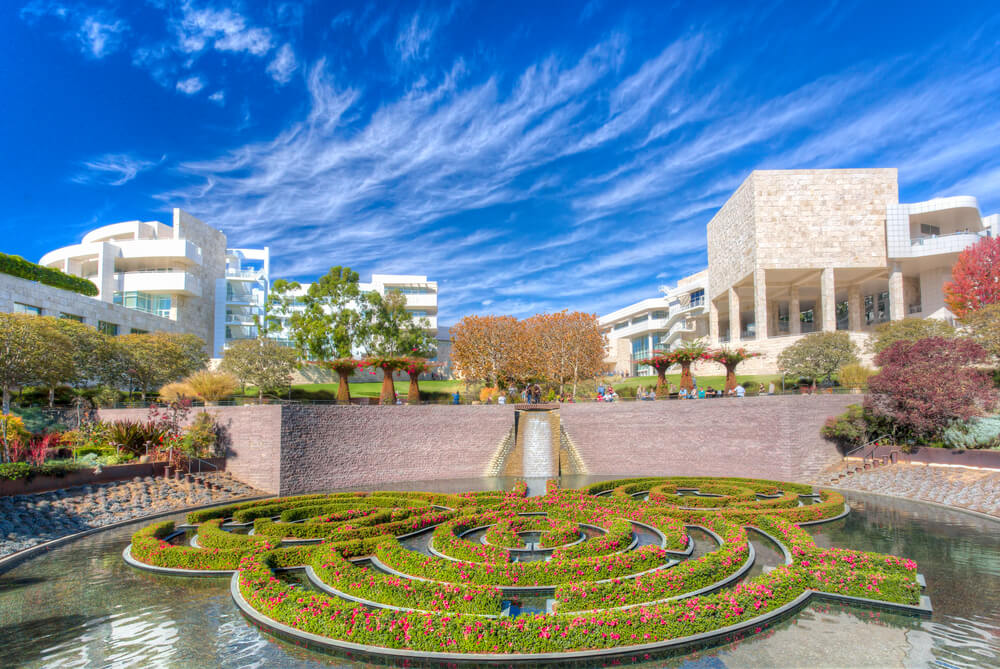 Aside from that, the Museum’s collection at the Center includes outdoor sculptures shown on terraces and in gardens and the enormous Central Garden, which was designed by Robert Irwin, among other things. Irises, a painting by Vincent van Gogh, is among the artworks on show in the Museum.

The complex, designed by architect Richard Meier, is home to the Getty Research Institute (GRI), the Getty Conservation Institute, the Getty Foundation, and the J. Paul Getty Trust, among other institutions. But they built special measures into the Center’s architecture to handle worries about earthquakes and fires, among other things.

In most cases, visitors come to the Museum via a tram station in the arrival plaza, located between the administrative buildings and the Museum entrance. The main entrance to the rotunda building reached through a long flight of stairs. This structure holds the information desks, two orientation theaters, and the Museum stores.

It also contains a magnificent staircase that serves as the starting point for a trail leading to the artworks on the second floor of each art pavilion. In addition, you can see the terrace from the rotunda that connects all five of the Museum pavilions to the south.

The café and restaurant are in a separate building to the west of the arrival plaza and escalators. The Museum and the GRI are; separated by a stone arch next to the restaurant. You can find stairs leading down to the center garden on the patio that connects the GRI and the restaurant.