Orange County’s Maverick Theater is a small storefront theater located in Fullerton, California. Brian Newell, the theater’s artistic director, established the company in 2002. Set to accommodate Newell’s Elvis Presley musical, The King. Newell secured space in The Block at Orange, previously occupied by Mars Music. Newell came up with the moniker Maverick after noticing a big “M” cemented into the theater floor.

The King eventually ran from September 6, 2002, to December 22, 2002. Amadeus and The Rocky Horror Show was also staged in the theatre. While the theatre enjoyed its time at The Block at Orange, the venue proved to be a demanding host, requiring them to relocate to make room for a bowling alley and then slashing its square footage in half by adding a candy store next to the space. Finally, in June 2004, the Maverick Theater was forced to close and convert the space into a pet supply store.

As part of the relocation, Newell engaged the services of theater architect and designer Joseph Musil to give the theater an art deco flair. The new theater boasted two stages, a cabaret stage for musicals and a black box stage for larger-scale performances. The Rocky Horror Show was the first production in the new facility, which opened in June 2005.

Since then, The Maverick has become well-known for its Staged Cinema Productions, with stage adaptations of popular, lesser-known films, such as Night of the Living Dead (which they stage every Halloween). In addition, Santa Claus Conquers the Martians (which they host every Christmas) and The Last Jedi (an annual Christmas production).

Among the other Maverick productions have been Shakespeare (Hamlet, Romeo, and Juliet), comedy (Noises Off, Father of the Bride, Below the Belt, and Picasso at the Lapin Agile), drama (Angels in America, Stalag 17, A Few Good Men, One Flew Over the Cuckoo’s Nest, The Hobbit, American Way, Frost/Nixon, Long Day’s Journey into Night, and the West Coast premiere of Rising Water), and musicals (Ca Broadway shows such as Chicago, Urinetown, Rent, Debbie Does Dallas: The Musical, The Wedding Singer, “It’s a Bird, It’s a Plane, It’s SUPERMAN!” and The Producers. 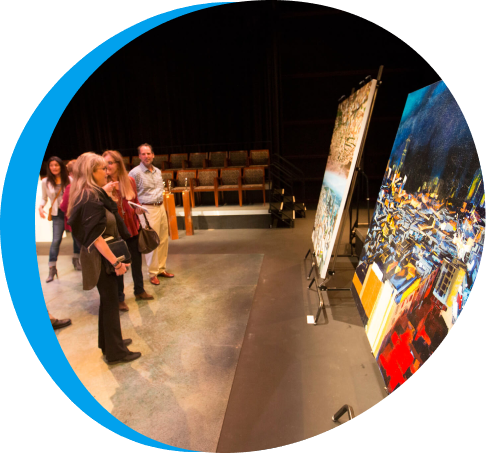 The National Air and Space Museum, located at Independence Ave SW 600 Independence Ave SW, Washington DC, DC 20560, holds in trust more than 60,000 artifacts from various periods. Historic aircraft such as the 1903 Wright Flyer highlights their collection, while space-related material like Apollo 11 Command Module Columbia documents a different side to aviation history. Other items range from engines and rockets, which have been, used throughout human history for so many purposes going back before we took flight ourselves–to uniforms worn today during NASA missions. Read More